At the last Wednesday meeting of the BBWARM advisory board, sitting as a Shellfish Protection District, George Boggs, executive director of the Whatcom Conservation District, and Rachael Vasak presented their plan to improve water quality in Terrell Creek and Birch Bay. 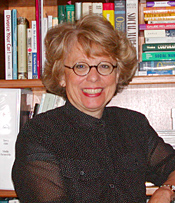 Ms. Vasak, who is popular in the community as Executive Director of NSEA, the Nooksak Salmon Enhancement Association, has been interviewing landowners in the Terrell Lake basin and other areas of possible pollution of Terrell Creek and found that most don’t have concern for clams in the bay and don’t think leaking septic systems or their animal waste is important. So she and Boggs are forming an advisory committee to identify 30 owners for persuasion with modest monetary incentive. They cite Nancy Lee, as their guide. She is the principal of Social Marketing Services, Inc., based on Mercer Island, has been “Influencing Behaviors for Good” since 1993.
Meanwhile ReSources for Sustainable Communities is petitioning the state Department of Ecology to include Birch Bay (and Blaine) in national stormwater regulations that would put enforceable restraints on polluters. BBWARM relies on voluntary compliance. Doggie bags are available at key points but if a dog poops on the beach the owner might get yielled at by clam diggers, but no sheriff’s citation.
Ms. Lee’s website (www.socialmarketing service.com) has a long list of persuasion accomplishments including Storm water Runoff, EPA and Seattle Public Utilities; Natural Yard Care, King County Department of Natural Resources and Seattle Public Utilities; Leaking Toilets, Seattle Public Utilities; Proper Disposal of Grease and Cooking Oils, City of Victoria, B.C. But she’s not fervent, noting that a law was necessary to stop texting while driving when persuasion failed.
Boggs and Vasak have grants totalling a million dollars. Don Monfort, BBWARM’s math whiz and chief cynic, noted that is $33,000 per persuasion tartet. Ms. Lee counters that if a significant number of those 30 change their ways, others will be persuaded. How do you compute that?

… as about protection for business and home values in Birch Bay and improvement of water quality.

The petition to place legal controls on stormwater runoff by RE Sources for Sustainable Communities must be considered thoughtfully. What will be the economic results be if the Bay continues to be polluted;will recreational visitors and potential home buyers stop coming? 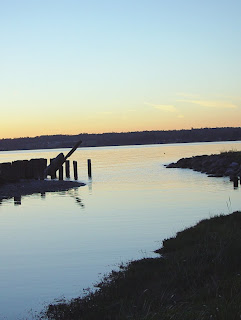 The petition to include Birch Bay and Blaine in the Western Washington Municipal Storm Water Permit, was produced by Lee First, prevention specialist, and Wendy Steffensen, lead scientist, of RE Sources. Here are excerpts:

“Birch Bay has also experienced shellfish growing area closures due to degraded water quality in Terrell Creek, the primary freshwater discharge to the bay. In 2003 the DOH [Washington State Department of Health] identified Birch Bay as a “threatened” shellfish growing area due to water quality degradation. In 1994, DOH noted the elevated bacteria levels in Terrell Creek as a potential threat to the shellfish growing areas adjacent to the mouth of the creek (DOH 1994). There is also 1 [sic] Category 2 (waters of concern) listing for fecal coliform, with additional listings proposed for fecal coliform and dissolved oxygen for the 2010 assessment. Again, it is likely that these parameters are associated with stormwater.

“Terrell Creek, which drains to Birch Bay, experiences low summer and fall flows, fish passage problems, and degraded instream and riparian habitat. Fish populations are declining in Terrell Creek. Poor water quality and low flows in the lower portion of Terrell Creek have been considered potential causes or contributors to fish kills in 2002 and 2007. The Terrell Creek water Quality Monitoring Report 2004-2009 concluded that temperature, DO [Dissolved Oxygent], and Fecal Coliform in Terrell Creek did not meet the WA State water quality standards for this freshwater creek (NSEA 2010).

“In response to the water quality issues, Whatcom County has established a shellfish protection district in Birch Bay. Ongoing monitoring by Whatcom County has shown that the majority of sites do not meet the standard for primary contact recreation and noticeable improvement has not occurred. (Whatcom County Public Works, 2010-2011)

“The Birch Bay UGA has the Birch Bay Watershed and Aquatic Resources Management (BBWARM) District, which is managed by Whatcom County Public Works. It is a self-taxing district that was established in 2007 to manage stormwater and address citizen concerns about water quality problems, flooding, and loss of aquatic habitat in the Birch Bay Watershed. The mission of BBWARM is as follows: To promote actions that reduce the impacts of stormwater runoff by decreasing the threat of flooding to private and public property and by improving and protecting water quality, aquatic habitat, and the quality of life that a healthy watershed provides. Despite the proactive efforts by this group and by Whatcom County staff, water resources in this area would be afforded more protections if the area was included under the municipal permit.“ 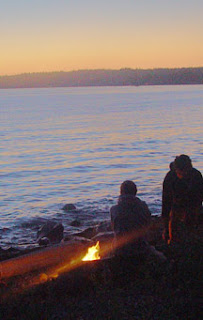 BBWARM is a voluntary program. Some of the elements of the BBWARM program are similar to the requirements of the Permit. The requirements of the Permit are much more extensive. Some of the differences between what BBWARM accomplishes and what is required of permittees include, but are not limited to the following:
– The permit requires more extensive education and outreach,
– The permit requires an ongoing program to map, identify, detect, prevent, and track illicit connections,
– There are more stringent requirements for controlling runoff from new development, redevelopment, and construction than for BBWARM, and – Maintenance requirements, tracking, and reporting inspection of stormwater facilitities is more extensive for permittees than for BBWARM.”

Will the Whatcom County Council, which established BBWARM, agree?