Disasters such as the triple whammy that struck Japan starting last Friday remind us that we should all be prepared.
I know, we all intend to, but we just don’t get around to it.
One great source of information is the Washington Military Department Emergency Management Division’s Prepare in a Year program at http://www.emd.wa.gov/preparedness/prep_prepare_year.shtml. It breaks down the preparation into an hour a month so that by the next Ides of March you would be prepared. Or you could accelerate that and be ready in 12 weeks or 12 days.
For another source on how to get started, or check out how you’re doing, see the FEMA site at http://www.fema.gov/areyouready/basic_preparedness.shtm.
Closer to home is Whatcom County’s Web site at http://www.whatcomready.org/, with lots of information, some the same as the others and some a little more specific to our location.
We don’t have a nuclear reactor to worry about; very limited potential for tsunamis, according to local authotities; and the BP refinery does not use hydroflouric acid in its process, so the possibility of that hazardous material release is avoided.
Other real potential hazards are earthquakes, flooding, volcanic ash fall-out, and fires.

Living in beautiful Birch Bay has few hazards and plenty of rewards, so get ready for the few and be safe to enjoy the plenty.

Do you think the year-round 25 miles-per-hour speed limit on Birch Bay Drive is appropriate? 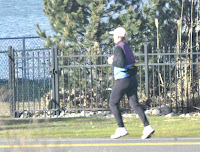 Do you think many drivers exceed the speed limit on the Drive? 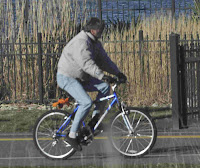 Do you know of anyone who has been injured by a motorist speeding on the Drive–as opposed to a self-inflicted accident? 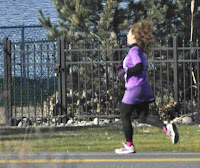 We can’t have a red-light camera—because we don’t have a traffic light—but we might be able to have a meter that measures speed and photographs cars’ license plates.

Would you welcome that?
ak


Comments are not only allowed but are actively encouraged.

We’re back from Tofino, B.C. and a stimulating Congress of the International Society of Ethnobiologists. Despite the focus of this congress being on botany, in which neither of us are scholars, we learned much and met some impressive people. But more about that later.

Today, we’re absorbing the findings of a Harvard study that separated unprocessed meats from processed forms in exploring their connection to heart disease and diabetes. This news was in The Peoples Pharmacy column of Sunday’s Seattle Times. 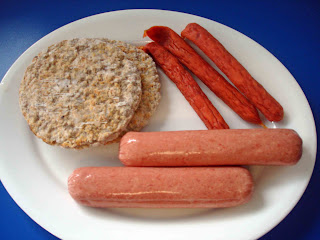 The good news here is that eating unprocessed beef, pork or lamb showed no increased risk of either condition. Eating just one serving of processed meat per week does not significantly increase the risk, says the study.

A more detailed discussion is on the Harvard Science Web site at http://harvardscience.harvard.edu/medicine-health/articles/.

Conventional emergency preparedness wisdom suggests every individual should be prepared to provide for his or her personal needs for at least 72 hours following a disaster situation.

Common sense, based on recent catastrophic events in and elsewhere, suggests that a one-week plan would serve you best.

Emergencies can strike at any time. Prepare yourself for the worst with our Emergency Preparedness Kit. The kit is packed with useful items to aid an adult for 3 days during the event of an emergency. Kit includes survival type items such as food bars, water, blanket and a first aid kit. All of this is packed in a heavy duty and portable 420 Denier nylon red backpack (11″ x 17″ x 5″).
Contents:
An Emergency Preparedness Kit (Adult, 3-day) Part #321279
costs $49.95
See http://www.redcrossstore.org/Shopper/Product.aspx?UniqueItemId=2
to order, or assemble your own.

Last week, Detective Ferguson of the Bellingham Police Department, cooperating with the Western Washington University police, said they had many tips and were working the case, but they did not have anyone in custody.


Now I can go back to the trail – thank you.

In the 1980’s, one of the big geological questions was, “Is the Cascadia Subduction Zone magically greased?” The issue was, would it slide smoothly or stick dangerously, Brian Atwater told a large assemblage at the Lummi Island Grange Hall. Atwater is a geologist with the U.S. Geological Survey’s Earthquake Hazards Team. 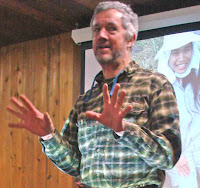 “It’s a detective story, with the earth giving the clues”, Atwater said, as he showed a slide of a 2005 dig where layers of sand indicated when tsunamis had occurred in Sumatra, one about every 600 years. Forces at the epicenter in the Indian Ocean, stuck for hundreds of years, broke loose in December 2004 and created a 9.0 magnitude earthquake. Through uplift and subsidence, a series of immense waves wreaked havoc and devastation on millions of people. Had that geologist made her discovery a few years earlier, those people may have been warned of the possibility.

Ancient writings and trees rings solved another detective story. In 1700, Japan experienced an “orphan tsunami”. Six writings preserved from Japan described the “orphan tsunami”, the only one from 1536 to 1995 that could not be associated with perceivable “shaking” in Chile or Peru. However, dendrochronologist David Yamaguchi, working with Atwater at the University of Washington in 1997, proved through tree ring analysis that a massive earthquake occurred in the Cascadia Subduction Zone in 1700. The force was sufficient to explain the Japanese tsunami of the same year. 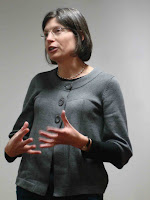 Following Atwater’s presentation, Terry Terry, chair of the Lummi Island Community Association that hosted the event, introduced Stacy Fawell, from the Department of Natural Resources of the Lummi Nation. She outlined the earthquake/tsunami preparation and mitigation steps taken by the Lummi Nation. Their multihazard mitigation plan, created with assistance from FEMA (Federal Emergency Management Agency), identifies and strategizes necessary efforts. They established and mapped tsunami evacuation routes with the help of the State Department of Natural Resources and posted evacuation route signs. They purchased and installed a tsunami warning system consisting of three siren towers. 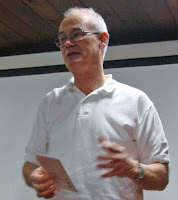 To discuss the Lummi Island emergency preparations, Terry surprised John Granger, the director of Lummi Island’s emergency management activities, with an invitation to take the floor. He said he had observed the small villages outside the major cities affected by hurricane Katrina had to wait a long time for help. He asked Fire Chief Duncan McLane if Lummi Island was prepared for a similar event. He reports that Chief McLane said, “No we’re not, why don’t you take care of that?”

Bringing together the NGOs (non-government organizations), churches, water districts, and other community residents, several members attended a State Emergency Management Conference. There they learned about the Map Your Neighborhood concept. They decided on a three-step process for their island: first organize, then create maps and do table top exercises, and, finally, do a full community drill. He says they have been working on step one for three years, but actually, a large percentage of the island is mapped.

The group has identified: landing zones for sea and land planes; special hazards on the island such as the water reservoir above a residential development; Red Cross shelters (the Grange Hall being one, with an emergency kitchen); healthcare providers able to serve during an emergency; equipment and medications needed for a “push package” from the Wasjington State Department of Emergency Management. First Aid Training is going on now, and they are considering CERT (Community Emergency Response Team) training.

Last last Tuesday afternoon, as others were preparing to go to the five-hour discussion of Whatcom County’s budget to successfully argue for retention of our neighborhood sheriff, we sat down with Deputy Sheriff Cliff Langley. He has been looking after Birch Bay since May of 2007. The conversation further convinced us that the community is fortunate to have this officer in our presence.

While no figures are yet available to compare crime in Birch Bay before and after he was assigned, Deputy Cliff does not think crime is a major problem here now. But he cautions, “If people want a safe community, they need to be involved.”

He cites the experience of a man who saw a group of youths checking car doors. They were out of his sight before they found a vehicle to ransack. Asked why he didn’t report what he saw, the man said, “Nothing was happening.”

Deputy Cliff’s point is that had the man called 9-1-1, the break-in might have been prevented. “Too many are apathetic.” He would like to see a Block Watch or Map Your Neighborhood program to enhance citizen involvement.

Those who don’t want to “snitch” can take comfort from the deputy’s approach. When neighbors complained about young people throwing loud parties, he talked with the parents. The noisy parties stopped. “My goal is to educate and keep kids out of trouble, rather than to make arrests,” he explains.

Deputy Cliff has mixed views about speeding. Naturally, he welcomes reports but he cautions that cars seem to be going faster than they actually are. In one case, he was talking to a resident who said, “Look how that car is speeding.” The deputy checked his radar to find that the car was well within the posted limit.


The most difficult issues are domestic disputes, “Sometimes you can’t be sure which party will pull a gun.” In 24 years in law enforcement, Deputy Cliff has never had to fire his weapon in action. But every time he puts on his uniform, he says he thinks, “Today might be the day.” He taps his protective vest.